Last Friday, July 5th, 2019, we experienced a 36-minute downtime of one of our services, our payment channel API. In this article, we will be explaining to you about what happened, and what we learned from it.

To better understand the cause of the downtime, we will first share a bit about our hybrid infrastructure.

We run two production systems based on two different technologies: Kubernetes clusters (GKE) on Google Cloud Platform (GCP) and Chef stacks on Amazon Web Services (AWS). For each production system, we have an identical equivalent staging system in terms of architecture, design and configuration.

These pairs of systems must be kept as identical as possible at all times. This allows us to test changes and catch any issues internally before applying them to production where our live merchants could be affected.

For security and compliance reasons, most of our servers do not have direct internet access. They instead depend on outbound NAT gateways and load balancers to send and receive information respectively. None of our application servers, databases nor Elasticsearch nodes have a publicly routable IP address, they only have an internal IP address. e.g. 10.10.0.1 or 192.168.0.1.

When our servers need to communicate with our other systems and third-party systems over the internet, they need to first go through a NAT gateway. A NAT gateway is a key component, it’s like a router in your typical home or office network. It allows devices to communicate over the internet without direct exposure to potential threats. Using NAT gateways and firewalls along with multiple private networks allows us to segment our servers securely. This is critical to our system’s architecture that helps keep credit card information stored with us secure in accordance with the PCI standards we follow. 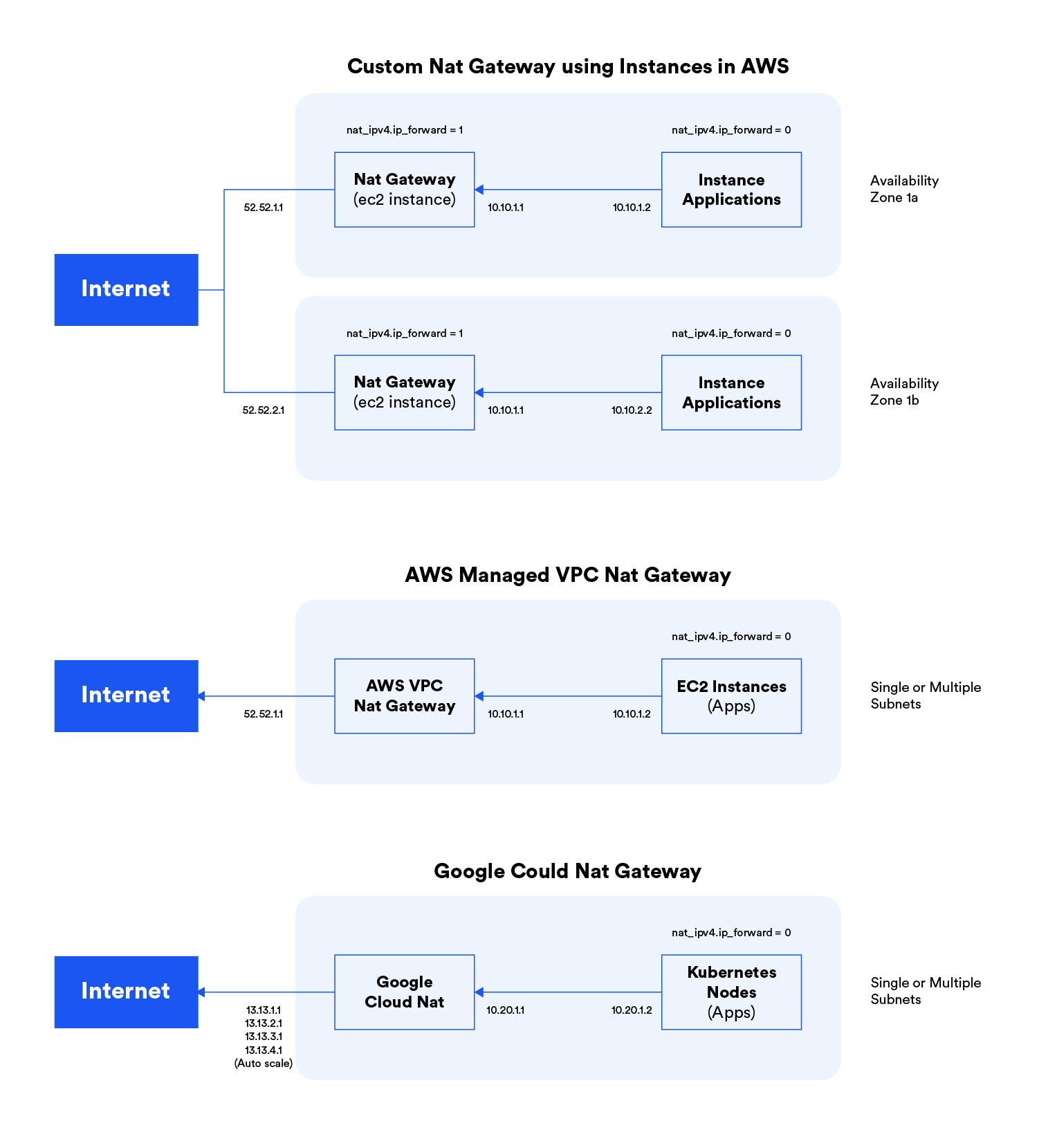 Advantages of using managed NAT gateways vs own instances:

Advantages of using Linux servers as NAT gateways over a managed service:

As mentioned above, every change we make to our production systems are first tested on their staging counterpart. This is typically a very robust process and catches almost all issues before they reach production, except this time.

Our API running on our AWS Chef system was not completely equal with its staging counterpart. The production system was still using servers for its NAT gateway, while all other systems we run had all been migrated to use managed NAT gateways services in AWS and GCP.

On the 5th of July, we applied a configuration change that would update the “net.core.somaxconn” sysctl parameter in Linux to potentially fix (or improve) a TCP latency issue we have been experiencing between our load balancers and application servers.

Average: The peaks are 30ms on avg.

A few changes in “sysctl” and haproxy timeouts were successfully applied to all staging and production environments.

When the change was applied to our Production API system as part of the default security “sysctl” parameters, there is a secondary chef recipe that toggles “net.ipv4.ip_forward” from 0 to 1.

The necessity of this is because we used Linux machines for NAT on the day of the incident.

Once the NAT gateway instances had “net.ipv4.ip_forward” set to 0 they could not forward any health checks from the instances to AWS. This caused AWS to reboot all servers in the system that relied on the NAT gateways as it thought they were unhealthy. This simultaneous rebooting brought down our supporting services including our Elasticsearch cluster, database connection pooler, internal load balancers, in addition to all of our Application servers.

At the 16 minute mark of the downtime, we identified the problem and set the appropriate settings on the NAT gateways servers. However, it took another 20 minutes to fully recover all services that were unable to restart properly after rebooting without internet access.

What we have learned:

Unlock your business potential in Asia with Alipay+

Protecting merchants and cardholders against fraudsters